“I found a lump in my right breast July 2005 while taking a shower at the age of 36 years old. I’m a wife and a mother of two small children. I was diagnosed with an aggressive Stage 1 breast cancer. I was positive for HER2, ER and PR. I had a lumpectomy and no signs of the cancer spreading. I went through extensive chemo, herceptin and radiation. I was doing well with two small scares but turned out ok. I was trying to get back to a normal lifestyle when 2 years later I went for my annual mammogram and an abnormal lymph node was shown at the tail end of my breast close to my armpit. I had another lumpectomy and after many doctors discussed that the cancer was not in my breast therefore, they said I wouldn’t need a mastectomy just have radiation. I did what the doctors told me and went through another round of radiation. After radiation trying to get back to a normal lifestyle again things didn’t feel right with the decision to only have radiation. I kept going through my head that I should have a mastectomy and less the chances of cancer returning.

Although the doctors didn’t tell me I had to have a mastectomy, I felt this was right for me. So in June 2008, I had a double mastectomy with the DIEP flap. My recovery went great and then one more decision needed to be made. I decided to go for it and have my ovaries removed in October 2008 so I can reduce even more risk of cancer returning. I’m here now to tell my story that my breasts look fabulous with my own fat tissue from my belly and I feel great. With the help of my family, friends and staying positive I really feel I couldn’t have done it without them. It’s so important to know what your breasts feel every month and most importantly have your mammogram done at age 35.” 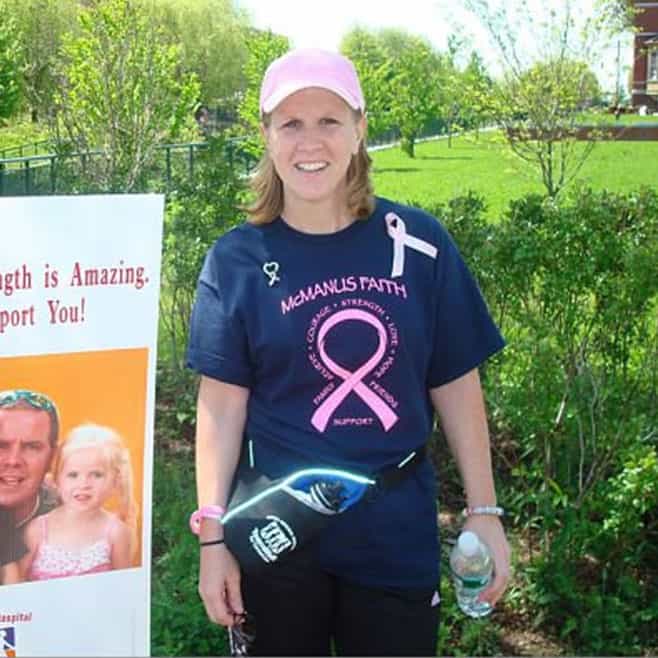